So you messed up. So what? 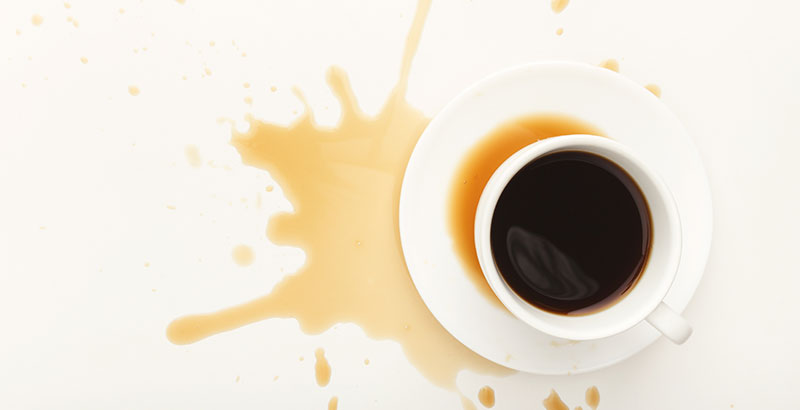 This is an unprecedented moment in time, where the old rules no longer apply. So what does this mean for the future of leadership in the social sector?

In the age of bluster, having the courage to own your mistakes can be a positive strength, say Matt Hunt, Juliet Taylor and Matt Stevenson-Dodd.

We got cocky, we thought anything we did would work’. Last month on Channel 4, celebrity chef Jamie Oliver was filmed breaking down in tears about how his restaurant business had failed, and admitting the mistakes he’d made. For someone so clearly committed to driving social change, and remaining in the media spotlight, wouldn’t this confession be damaging? Not according to psychologist Guy Winch in his 2018 article in Psychology Today1: ‘Some people have such a fragile ego, such brittle self-esteem, such a weak “psychological constitution”, that admitting they made a mistake or that they were wrong is fundamentally too threatening for their egos to tolerate.’ By contrast, ‘It takes a certain amount of emotional strength and courage to deal with that reality and own up to our mistakes.’

In an age dominated by blustering ‘strong man’ politics both sides of the pond, a frank admission of fallibility could be decidedly refreshing. And those who ‘fess up to failure are in distinguished company.

Many of our most iconic success stories exemplify how we can ‘fail forwards toward success’, to quote CS Lewis. Just look at Steve Jobs (fired by Apple), Michael Jordan (cut from his high school basketball team) or James Dyson (5,126 failed prototypes and all of his savings spent before inventing the bag- less vacuum cleaner).

At a corporate level, Silicon Valley tech businesses have long espoused the ‘fail fast’ model of prototyping ideas, testing lots of quickly developed ideas in the live market to see what actually works – as opposed to believing what people might do, so often the currency of market research. Testing first to see what fails, culling it and then rapidly promoting what works seems like common sense – but this approach is only just gaining traction in advertising and communications, which have long favoured a subjective and inflexible reliance on one ‘big idea.’

In the world of social change, where the problems faced by society are extremely complex, and traditional solutions are not reaching those in the most complex circumstances, we need to be brave enough to take risks and try new ideas, work in partnership and share transparently what we learn. Taking risks means we won’t always get things right and that is ok. The learning that comes from failure is often much more valuable for working out new solutions than success. And if those trying to effect social change are open about their failures, it makes the successes they are reporting that much more plausible.

This holds true when it comes to attracting financial support. If you can show what you’ve tried to do but failed, and so indicate where the need is – and where the solution is bigger than one person or one organisation – it can help drive home the case for support. Often the fact that something has failed makes the next iteration of the solution that bit more likely to succeed.

It takes nerves to swim against the tide. But the evidence suggests that far from being seen as a human weakness or a commercial threat, a readiness to admit to failure may yet prove to be your biggest strength.

Humility and authenticity are in fact great leadership qualities. Why then, for many leaders, does a nervousness to share what they have learned from their mistakes remain? As Ellen DeGeneres wisely said, ‘It’s failure that gives you the proper perspective on success’.

We are three organisations who each want our work to contribute to a better society. We share a common belief that social change is everyone’s responsibility and bring different perspectives and expertise to the table.

Our collaboration is based on a belief in co-production and that, together, we will always achieve more.

The Starfish team is always happy to help. Thank you for contacting us. We look forward to talking and will get in touch within 48 hours.

Please do use the boxes if you want to talk to us about how we can help you as an organisation or individual. For role applications, we usually ask for these to be sent to us personally. If you’re not sure, do ask a member of our team on.....

The Starfish team is always happy to help. Thank you for contacting us. We look forward to talking and will get in touch within 48 hours.

Please do use the boxes if you want to talk to us about how we can help you as an organisation or individual. For role applications, we usually ask for these to be sent to us personally. If you’re not sure, do ask a member of our team on.....

This website uses cookies to improve your experience while you navigate through the website. Out of these, the cookies that are categorized as necessary are stored on your browser as they are essential for the working of basic functionalities of the website. We also use third-party cookies that help us analyze and understand how you use this website. These cookies will be stored in your browser only with your consent. You also have the option to opt-out of these cookies. But opting out of some of these cookies may affect your browsing experience.
Necessary Always Enabled
Necessary cookies are absolutely essential for the website to function properly. This category only includes cookies that ensures basic functionalities and security features of the website. These cookies do not store any personal information.
Non-necessary
Any cookies that may not be particularly necessary for the website to function and is used specifically to collect user personal data via analytics, ads, other embedded contents are termed as non-necessary cookies. It is mandatory to procure user consent prior to running these cookies on your website.
SAVE & ACCEPT